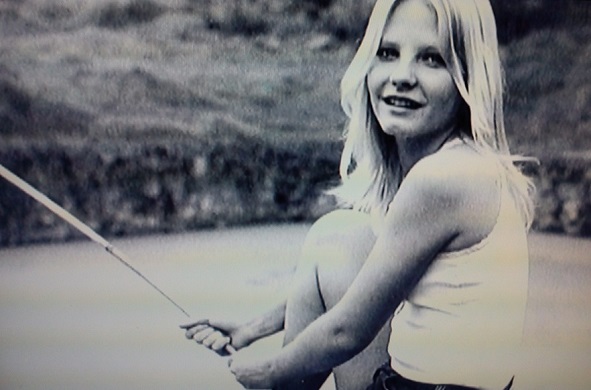 While most missing persons cases I’ve read so far belong to people who present complete mysteries, there are some known to have met with a tragic demise and the only missing puzzle piece is the location of the physical shell left behind.

Such is the case of 16-year-old Lucinda “Cindy” Lynn Schaefer, who disappeared on June 24, 1979 while walking home from St. Andrews Presbyterian Church in Torrance, California.

When someone noticed that Lucinda (“Cindy”) hadn’t returned home from her youth group meeting a search began, but the only item found was one of her shoes by the roadside.

Unfortunately when she tried to hitch a ride to her grandmother’s she caught the attention of two men who would eventually be dubbed “The Toolbox Killers.” The duo, who met in prison, both had histories of violent crimes including rape and armed robbery. After they were released from prison they joined forces to discuss their mutual violent interests, stalk teenage girls, and purchase the van which they nicknamed “Murder Mac.”

When Cindy refused to get into their van, Roy Norris and Lawrence Sigmond Bittaker watched her stride down a residential street and then drove ahead of her to park the van. Norris pretended to repair the vehicle and waited for Cindy to pass so that he could force her inside the van where she was gagged and bound.

Norris and Bittaker drove Cindy to a remote area off a fire road in the San Gabriel Mountains, a pre-selected spot where they could carry out their heinous crimes with minimal risk of discovery.

Cindy was violently raped several times by both men before they argued over whether or not to kill her.

Bittaker held Cindy down while Norris tried to strangle her and when he couldn’t they switched off. Also unable to manually strangle the victim, Bittaker looped a clothes hanger around her neck and tightened it with pliers until she died. They callously dumped her body into the shrubbery, leaving her remains to the elements and wildlife.

Her remains were never located.

Cindy was the first victim of the Toolbox Killers, who would later be found guilty for raping and murdering five girls between the ages of thirteen and eighteen. There are more grisly and in-depth accounts of what happened to these victims linked below.

Featured image via Find A Grave.