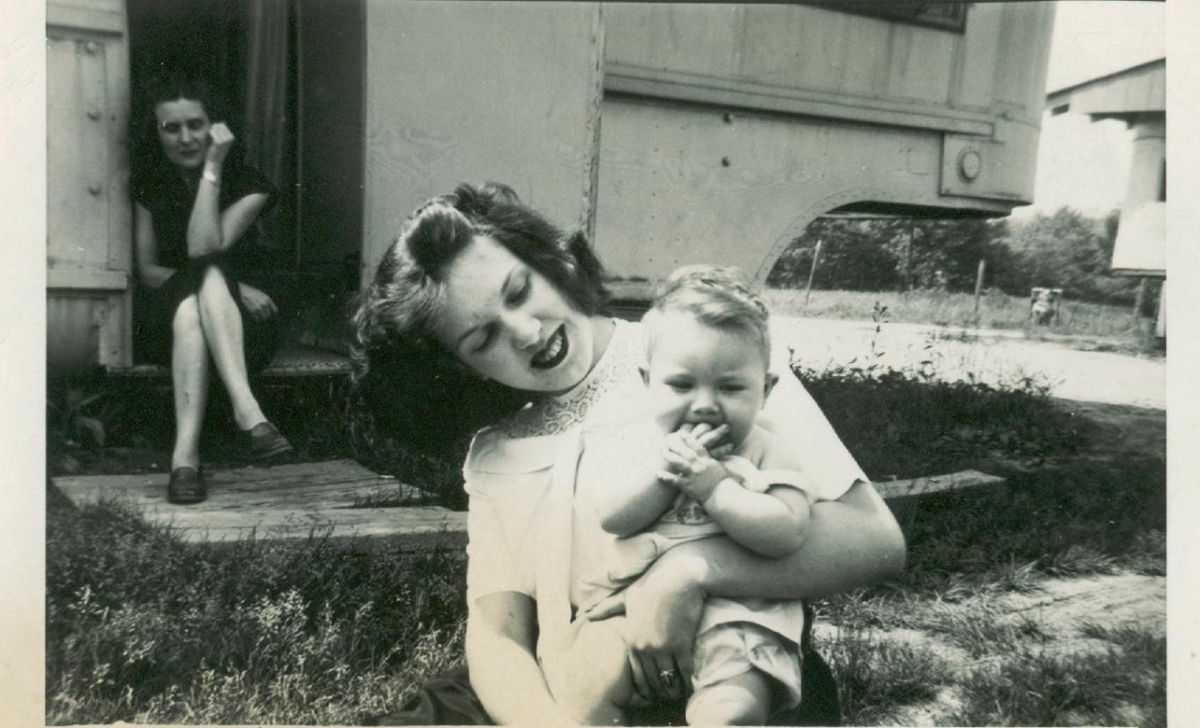 On November 3, 1959 29-year-old Betty Marie Roberts of Charlotte, North Carolina informed her sister Louise that she and photographer Charles Wegman were leaving town together without her two young daughters.

The last words Betty heard from her sister’s angry lips would haunt Louise Doane for the rest of her life. “If you walk out, you’re not my sister. Don’t ever come back.”
END_OF_DOCUMENT_TOKEN_TO_BE_REPLACED

On January 3, 1948 twenty-six-year-old Lorraine “Lee” Judith Barrie Chance took her daughter Donna to a sitter’s house in Santa Cruz, California with the promise of returning later in the evening. There is no record of where she was headed or with whom (if anyone) she departed. Lee never retrieved her daughter and no one has seen or heard from her since.

END_OF_DOCUMENT_TOKEN_TO_BE_REPLACED

On May 10, 1941 36-year-old Leila Lewis Bryan and her four-year-old daughter Mary Rachel left their Raleigh Avenue address in Carolina Beach around 9:00 p.m. on a shopping trip. They never arrived at their destination and to this day no trace of the pair or the family’s 1935 Ford Coupe has ever been found. 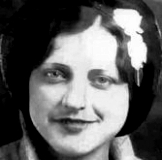 Leila, 1941; image via The Charley Project

END_OF_DOCUMENT_TOKEN_TO_BE_REPLACED

Carl Eder’s disappearance is slightly different from most of the cases I’ve researched for in that we know why he vanished because of a note that he left at the Tehachapi California State Prison from which he simply walked away in 1974.

END_OF_DOCUMENT_TOKEN_TO_BE_REPLACED

Andrea “Fish” Altiery was twenty-four years old when she was last seen on December 2, 1981 while en route to a late night photo shoot with an unidentified male at Anchorage, Alaska’s Boniface Mall.

While no body has ever been located, the prevailing theory is that Andrea was murdered by serial killer Robert Hansen. Hansen, dubbed “The Butcher Baker” was sentenced in 1984 for taking the lives of seventeen women, the majority of whom were prostitutes or dancers. The exact number of women that he raped and/or murdered is unknown.

Andrea, who danced under the stage name “Enchantment,” would have been directly in Hansen’s line of fire at the height of his spree. Among the other trophies Hansen collected from his victims was Andrea’s custom-made fish necklace.

END_OF_DOCUMENT_TOKEN_TO_BE_REPLACED

The last reported sighting of Kelly (Keli) Kay McGinnis was on June 28, 1983 around 7:30 p.m. in the vicinity of the Three Bears Motel in Des Moines, Washington. While Kelly’s remains have never been recovered, serial killer Gary Ridgway (of the Green River murders) claimed responsibility for viciously snuffing out her brief life.

END_OF_DOCUMENT_TOKEN_TO_BE_REPLACED

Ila “Veronica” Tucker Maynard disappeared from Greensboro, North Carolina on December 4, 1974. When the seventeen-year-old was last seen leaving her father’s house in a gold 1971 Nova she was wearing clothing typical for the time period: platform shoes, a Cleopatra coat, and blue pants.

Of course those details might only be helpful if remnants of fabric were found along with human remains, as the opinion of the family and authorities appears to be that Veronica passed away decades ago.

END_OF_DOCUMENT_TOKEN_TO_BE_REPLACED

Marie “Marliz” Spannhake had only been living in Chico, California for a month or so, having relocated from Cleveland, Ohio in December 1975. The nineteen-year-old was poised for a new beginning far from her hometown, employed as a part-time model at a camera shop while cohabitating with her fiance, John Baruth.

On January 31, 1976 Marie and John visited an indoor flea market and at some point an argument ensued. Marie left her partner on foot from the Eagles Hall, but being unfamiliar with the area would have to rely on the kindness of strangers for directions.

John reported her disappearance to authorities on February 2 when she failed to return home. Her personal belongings were untouched, making it unlikely that she packed up and moved out after the incident at the flea market.

Charges were never filed in connection with Marie’s disappearance despite a confession from a woman claiming she and her husband murdered the young woman and disposed of her remains.

Note: This entry contains graphic details and links that might be difficult for some readers.

END_OF_DOCUMENT_TOKEN_TO_BE_REPLACED

In 1955 Nebraska-born Frances Blanche Hayes Groves was a divorced mother of age 39 or 40 employed as a domestic for a wealthy Palm Springs, California family. She took the position with her boyfriend Jim Phye, the last person known to have seen her before she vanished after the couple went out for a picnic.

Authorities were never able to compile enough evidence to arrest Phye or anyone else in connection with Frances’ disappearance.

Phye committed suicide in 1996 and while he left behind a suicide note, its full contents were never divulged.

END_OF_DOCUMENT_TOKEN_TO_BE_REPLACED

Donnis Marie “Pinky” Redman (14/15) and her boyfriend Michael James Griffin (18) were reportedly last seen together on March 1, 1958. Depending on the source they were either spotted for the last time in their hometown, San Pedro, California or in Las Vegas where some say they had traveled to elope.

END_OF_DOCUMENT_TOKEN_TO_BE_REPLACED

Sometime in the spring or fall of 1956 Flora Ligon (42) retrieved an undisclosed amount of money from her hiding place underneath the linoleum flooring at her Washington, D.C. home. She told her 8-year-old daughter that she planned to go to a store, a seemingly routine event.

Flora’s family didn’t know at the time that they would never see her again.

END_OF_DOCUMENT_TOKEN_TO_BE_REPLACED

On May 31, 1958 nineteen-year-old Carol Ann Hlavac and her husband of two weeks, Dennis, were living in an Oklahoma motel.  Originally from Chicago suburb, the couple moved to Moore, Oklahoma where Dennis was stationed at Norman’s  Naval Air Training Center. Boarding at the Crown Motel was only temporary while they looked for more suitable housing closer to the naval base.

Dennis last saw his wife when he left for work shortly before midnight on May 30. He drove their car to the training base and Carol was to catch a bus into town the next afternoon for a house-hunting excursion.

The olive-skinned, freckle-faced new bride dressed in a beige suit and high heels complimented by her gold and black class ring and wedding band, perhaps excited at the prospect of finding new grounds in which to plant roots. She grabbed her small white purse which only contained about $35 and walked fifteen feet to the bus stop by the highway.